In various sources it is stated that Çukurcuma Hamam was built in the 1830’s, when wife of Abdulhamid I and the spiritual mother of Mahmud II, French- born Naqshidil Valide Sultan brought the water installations to the Çukurcuma area, Çukurcuma Hamamı was also known as the Sürahi Hamamı and then called Süreyya Hamamı by locals. The Kubbe* covering the warmness, Göbektaşı* and Halvet* are very bright and spacious and still reflect the magnificence of their era.

It is also known that , at Çukurcuma Hamam’s past the great poet Constantinos Kavafis of Alexandria who lived in Istanbul between 1880 and 1885 was one of the famous and important regents of the Hammam.

Çukurcuma Hamamı, which was closed to operation in 2007, has begun to accept its guests as a boutique Turkish Hammam in September 2018 after a long renovation period.

*Göbektaşı: The Squared Heated Marble In the Middle 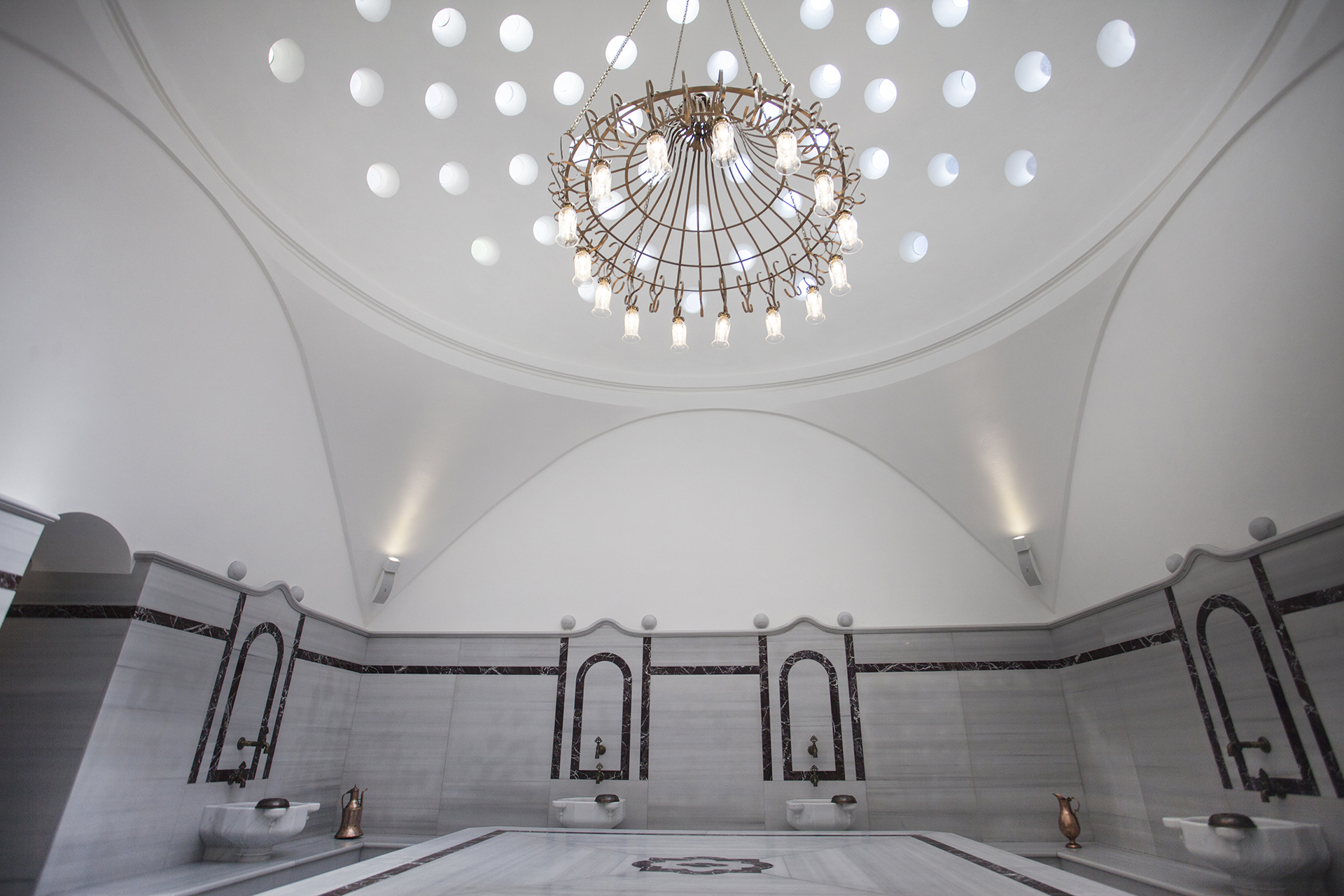